1) We are not sure what “Louvre” means

The name of the most visited museum in the world is indeed a complete mystery. Specialists working on the subject have traced two possible origins of this name. The first one is “lupara” a Latin word that could mean wolf or prostitute. Because the first fortress of the Louvre was, when built, at the end of the city and just behind the surrounding wall it could be either a place where it was common to see wolfs or a gathering place for prostitutes. The second theory about the name of the Louvre is that the name came from the ancient French “lower” or “lauern” which meant “watch tower”. The people that sustain this possibility argue that a watch tower could have been built on the area where the Louvre is standing during the Normand invasions around the ninth or tenth century. 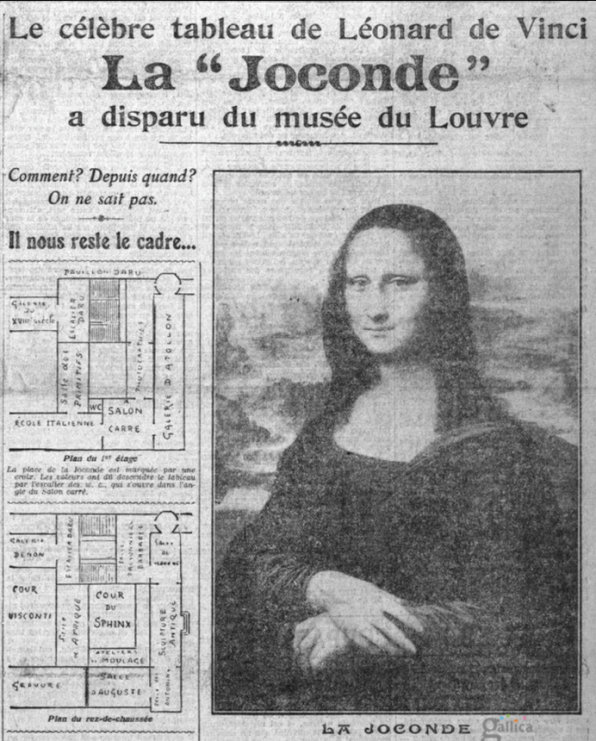 3) The Louvre glass pyramid: a work of the Devil?

When it was built the Louvre pyramid raised a lot of contestations. Some people thought that it was too modern compared to the old architecture of the Napoleon square it is built in. But the weirdest thing about this pyramid is that some people actually counted the diamond shaped pieces of glass the pyramid is made with and came to a total of 666. And so conspiracy theorists associated the pyramid with the work of the Devil because the number 666 is in the Bible the “number of the beast” and now associated with the Devil or the Antichrist in modern Pop culture. Actually, according to some other sources the number of those diamond glass pieces on the pyramid is 673. Yet, the number of the pieces on the Louvre pyramid can be a reason for some people not to go visit the Louvre because some people avoid the number 666 out of superstition. There is even a name for this particular type of fear, it is called: hexakosioihexekontahexaphobia. And so you will never see a hexakosioihexekontahhexaphobe staring at the sixth painting in room 66 of the Sully wing in the Louvre museum.

4) The Real size of the Louvre 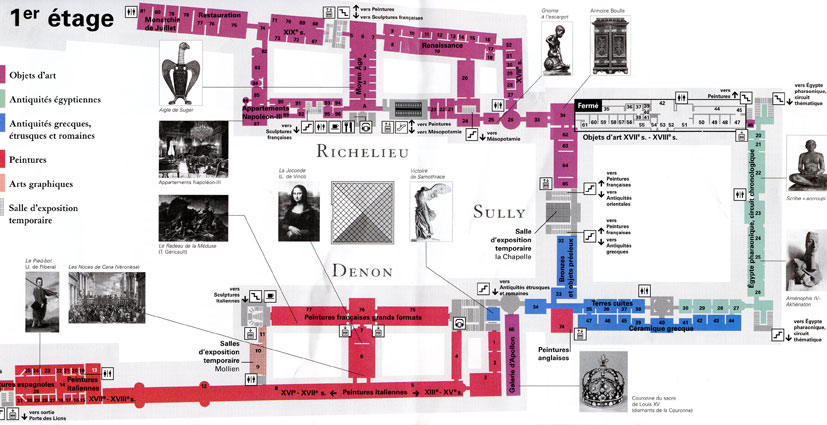 You can hear or read the craziest things about the size of the Louvre and the time it takes to visit it. The official number from the official website of the Louvre is that the museum has 30 000 art works on display. So if you count one minute to see one piece of art and one more minute to walk from one piece to the next, because the Louvre is open 9 hours a day you will need 112 days to see all there is to see.

Over the years the function of the Louvre changed. At first it was a fortress built to defend Paris, then it was the castle of the kings of France and at some point it was a parking. Not all the Louvre was used to park cars but a part of the Napoleon Square (where you now have the Pyramids) was indeed used as a parking. The people parking there weren’t visitors of the museum but the staff of the French ministry of finance that used to have offices inside one wing of the Louvre castle. When they changed the entrance and build the Pyramids, they moved those offices and so the parking space became part of the beautiful Napoleon Square.